After having a Windows 2012R2 Cluster up and running and after having some Virtual Machines up and running as well the next step usually is to test the failover, i.e. migration to a different node. The cluster is running on two physical Dell servers. As a secondary node a PowerEdge T610 with two Intel Xeon E5620 processors was used. Although almost 4 years old and with some extra RAM the server should be able to run most of the important VM in case node one fails. The first node is running on a new PowerEdge R720 with two Intel Xeon E5-2609 processors.

Microsoft explicit mentions this when using totally different processors like Intel and AMD. It appears to be applicable for different processor generations too. Of course the instruction set particular with regards to visualisation will improve/change with every generation. The solution is to enable the option below for the respective VM. Once this is done the migration/move works flawless. 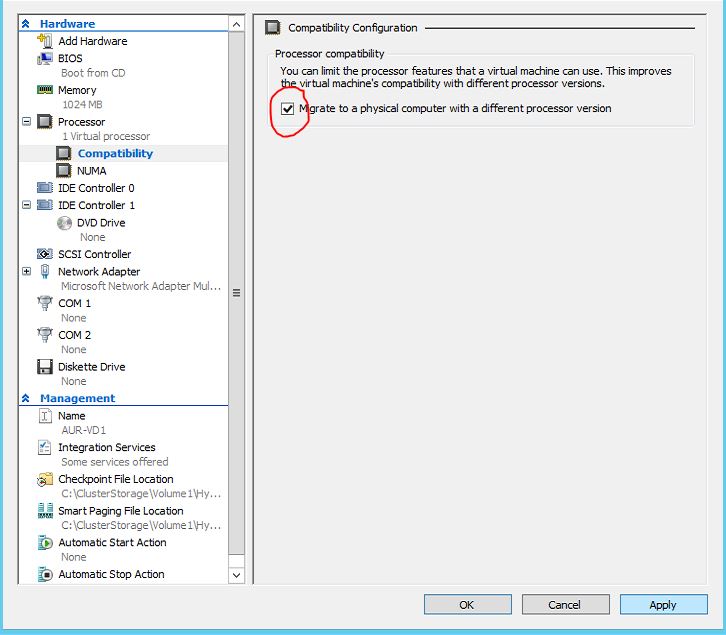